Don’t faint when you see I’m in Salisbury.  I came in yesterday with Dunkelds from Blairs’ Station.  I hadn’t planned at all to come to town but everyone else is coming in for shopping, etc., so I thought I might as well, too, as I have to pay for part of the trip anyway because of groceries.  Jacksons and all the rest will be coming tomorrow.

I’m enjoying the ideal climate here.  We still haven’t had any break from the terrible heat in the valley.  I have lots to write about for a change.

First, I want to say that I haven’t heard from you for a long time.  I believe that your second package has arrived.  I have a slip saying that there is one for me at Dawsons.  The Bible Ila sent me arrived last week.  I was so surprised and pleased beyond words.  It certainly was nice of her to get it for me.

We went over to Blairs’ for the Conference on the 21st – I believe on Friday – and all of us gathered there that day and got settled in tents, grass shelters, etc.  I was in a shelter with six other women and we had it very nice.  Slept on cots.

That night about one o’clock they came into our quarters and called Wyn.  They said Helen was in labor, and sure enough she was, and she wasn’t looking for anything for six weeks yet.  Well anyway toward morning the baby was born.  There were three nurses who assisted.  It was a boy and he seemed to be okay and Helen came along very well, too, but when we had eaten breakfast and Wyn looked at the baby she saw that it wasn’t well.  His color was very bad.  You can imagine all of the excitement with so many of us and in such cramped quarters.  Finally they decided to try and take the baby out to Salisbury along with Helen.  They started out and got so far, but he passed away and then they decided to come back to the station and have the child buried there, which they did.

That afternoon we got the body ready.  Marguerite gave some nice little things to dress him in and we fixed up a little box and then Orval had a little tin case along which we used as a coffin.  We had the natives dig a little grave and around five o’clock in the afternoon we went to this spot with Freddy and Dicky carrying the coffin and after a little service the little body was put into the ground.  Thus began our Conference.

It ended with Lillian’s wedding this Saturday, which was a lovely affair.  We fixed a very nice spot in the bush and it did look lovely.  Our gowns looked very pretty, too, and Lillian couldn’t have looked better at home.  It was very nice.  There were four cars of people from here in Salisbury who came down for the wedding so we were a very big crowd.  We had a large tent which we used as a dining room for Conference and so this was all decorated for the reception.  There was a little program, too, and it all went along very nicely.  She had bought a huge cake from town and it was most beautiful.  They are now on their honeymoon at the Victoria Falls.  We took lots of pictures.  Maybe I can send you a slide if they turn out OK.

Many things to plan and decide.  Our great need is more workers for these new stations which we have now, so we trust that there will be many coming soon.  We had two ladies out from Salisbury who took care of the missionary children during Conference sessions.  They were very nice.

Well it was a full week with many happenings and now here I am in Salisbury.  I have to get groceries, etc.  Will be going back next Friday.  Wyn is going into one of the native hospitals for a few weeks to learn a little about tropical diseases so I’ll be living alone for a time.  It is nice to be out in civilization again although I hadn’t felt any great need of getting out.  School reopens the 15th of May.  I’m anxious to hear from you.  I haven’t heard for some time.

Well, this will reach you quickly.  Helen sometimes got a letter in five days from her people.  Of course we in the bush don’t get them so quickly.  The Everswicks are down at Msengedzi with the Jacksons and Wyn these couple of days.  The whole mob will be here by tomorrow nite.  They are being moved to Mavuradonha until time for their furlough, the first of November.  I hear that Ruth Hall is back in Africa.

Well, I must write a long letter to Lillian’s mother and tell her all about the wedding.  The poor soul certainly did a lot for it and spent plenty, too, for it.  I hear that she had a smorgasbord for the friends the day of the wedding.  I trust that this finds you all well. 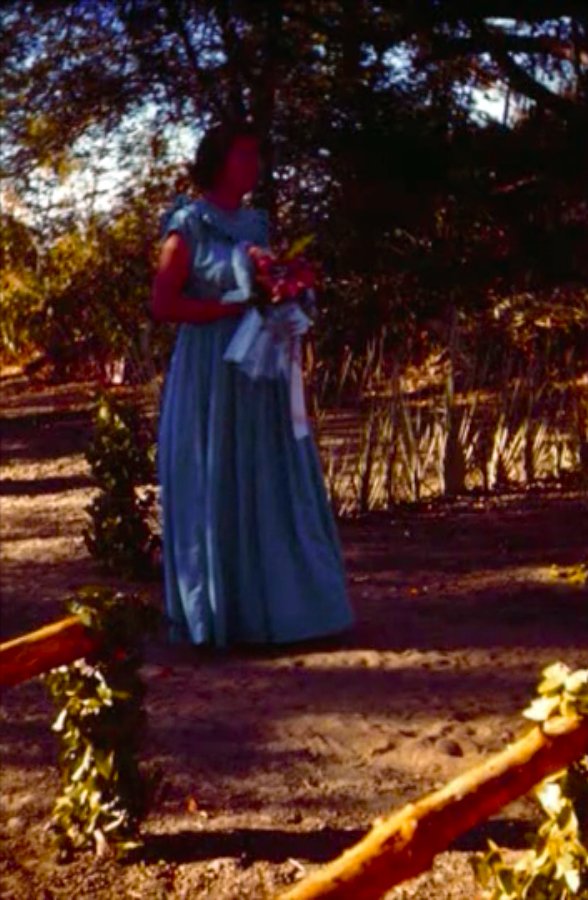