A hello to everyone.

They gave us this air mail and said that if we get it written by six o’clock tonight it can be posted at Gibraltar so here goes.  We are due there tomorrow.

Today has been the first real nice day, one that is warm and with sunshine and every one out on deck.  It is so lovely now although the air is still a bit cool.  Today we’ve been sailing very close to the shores of Portugal and Spain and it was a lovely sight.  Now we are quite a distance from the shore line.  I’m over all feeling of sea-sickness and ready to enjoy the trip.  The ocean is nice, not rough at all.  The sea-gulls are flying all around us as they do when the boat isn’t too far out in the ocean.

It is going to be a marvelous trip, I’m sure, as we’ll see new things.  Some say that we can go ashore tomorrow (Sunday) at Gibraltar but I don’t know if that report is true or not.  There are people on this boat getting off at all points in Africa, some just traveling around Africa on this boat as it goes all the way around back to England.  Did you find Genoa on the map? It is in Italy.  We also go to Marseilles in Southern France.  That all looks interesting to me.  I’m certainly pleased that we got to travel this route.

There are several other people going to Salisbury.  Some tobacco farmers, some other business people.  A Dutch Reformed missionary and a new missionary with her (I’ve written about them before) and a Salvation Army couple going to the Salvation Army work near Salisbury which I know about.  They are from England and seem to be very nice.  We are the only Americans.  Oh yes, there is an African Inland missionary also.  Then a Salvation Army captain from Canada.  He is our romeo between us.  Not too young and very friendly.  He is going to Kenya for the first time.  Then there are three girls from England going as missionaries to Middle Africa under the Church of England Mission.  They seem O.K., and there are a few other Christians.  All met today for the first time for Bible reading and prayer.  We want to have a meeting tomorrow evening for all who want to come.

I forgot to say that this Salvation Army Captain knows Russell Jackson.  You know he also was a captain up in Canada at one time and he also knows another of our missionaries of the Indonesia field who formerly belonged to the Army.  So that was interesting.

This is quite a nice boat.  The meals are not bad but our waiter is slow.  He is an old man and I take it that it is just too much for him, but anyway within an hour and a half we usually get all we want at each meal.  Our cabin is nice, not too big but better than the other boat and the beds or bunks are much more comfortable.  We are sitting on top deck in the sunshine.  I have my coat on but I’m too warm.

I’m wondering what your weather is like.  My, it seems strange to think that it is getting near Christmas.  It surely won’t seem like Christmas.  I’m wondering how long it will take this letter to reach you.  I’ll be mailing some all along the way I expect.  It will be nice to hear from you at Mombasa, but that is about three weeks away yet or more.

Well I guess that I don’t know any more news.  I’m knitting quite a lot on that blue yarn these days.  Soon I’ll be wearing it.  Anyway you can be glad that you don’t live in England.  Cold, dreary, etc. – you’ve heard me before on that.  I’ve remembered Roger Howe’s name now.  I sent a card the other day to those boys and I couldn’t remember his name.  How awful – lapse of memory.  Bye. 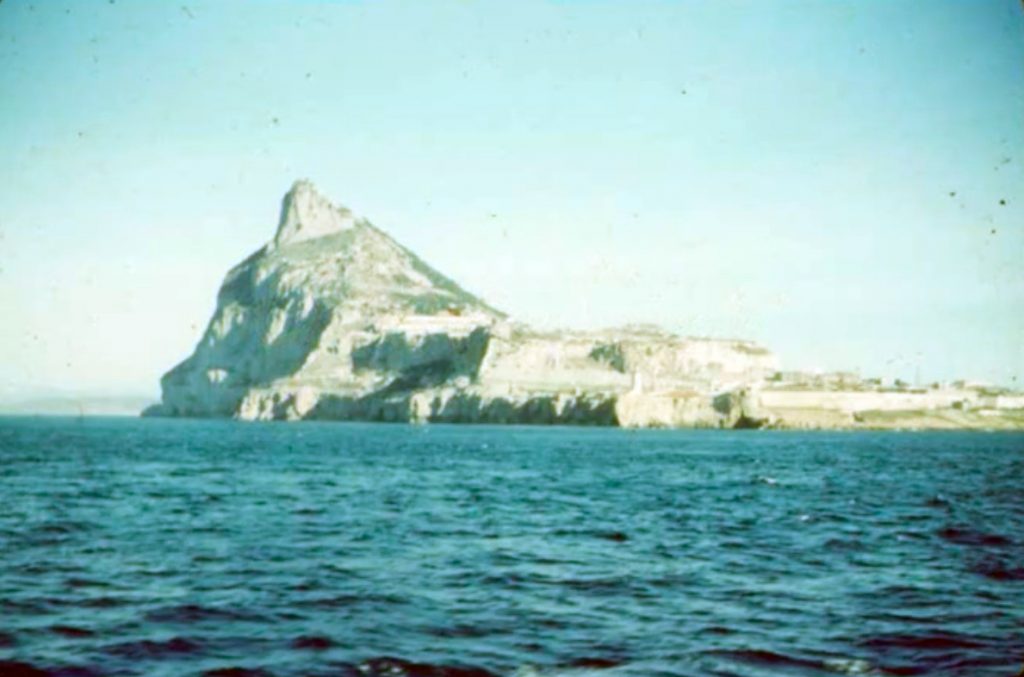