I sent you an air mail today so now I’ll write this and have it ready to mail tomorrow when we are in Genoa.  I really haven’t much to say but thought I’d write anyway and tell you what we did today in this place.

We really had oodles of fun although we didn’t see a whole lot but we did experience a lot.  The Salvation Army missionaries, some of the Church of England missionaries, and one of the African Inland and Wyn and myself went together.  We went to the Salvation Army place here and what a time we had to find it.  Most interesting.  When we arrived there we found that it was a place for bums, but a captain and his wife lived there and so they gave us dinner, the whole mob of us, in the back of where the down-and-outers lived.  Meat and everything and it was delicious.  Then we went into their private home for French cafè (coffee).  They couldn’t speak English and only one of the missionaries of the Church of England could speak a little French so we managed after a fashion and it was all quite fun.

Then we wanted to go to the post office and also to a place to buy French Bibles as some wanted them so this captain piled us all in the back of his pickup and so we went through the city of Marseilles.  Was quite funny.  I was the banker, working on the Lend-Lease system – American style you know.  They would not change English money into their money but they would dollars, so I took a $5.00 bill which I have with me for Lillian Nelson.  So we traded that in for French money and we used that between us all.  Then they repaid me in English money.  I still have some of the French left and will try to get rid of it tomorrow in Italy.  We will be there two days.

We are just now leaving the French shores.  This place reminded me much of Lisbon and so there wasn’t so much novelty to it for me as it was the first time out but it has been very interesting.  This place is pronounced as “Mar-says.”  I guess they were bombed considerably in the war here being that it is a harbor.  Well, I’ll leave some space in case I want to write more before I mail this.

December 13 – A month from today we get into Beira.

Today we’ve been in Genoa and it has been just a marvelous day.  It is quite different from any place that I have been.  The city is built on the sides of the great hills here and it is terraced.  You go up a flight of stairs to get on another street, etc.  We went to the famous cemetery here where some wonderful Italian sculpture is to be found.  It is simply marvelous the detail work that has been done in marble in hundreds of pieces of sculpture.  These are on the graves of noted people for the most part.  A million people have been buried there so far.  It was built a hundred years ago.  I cannot explain it all here.  Then we saw Columbus’s house where he was born, the place where his ashes are.  We saw a very famous cathedral and interesting streets, etc., etc.  We found a guide who speaks some English and he showed us so much for a very small sum and now tomorrow we are to go out again with him.

The Salvation Army group that are with us are a fine group and are keen as we are to see things.  The one is coming to Salisbury and will be in charge of a very large mission of theirs 50 miles out of Salisbury toward our way.  He and his wife are so lovely and he is very deep spiritually, yet the kind who enjoys everything.

The Lord is good to give us such an interesting journey.  I hear that at Port Said one can take a tour to Cairo and to the pyramids for $30 getting on the boat again at Suez.  How I wish that I could afford that, but then I guess I shouldn’t long for it with all the other places I’ve been privileged to see.

We see all sorts of tempting things to buy, such as good watches, nice jewelry, etc. very cheap in comparison to States.  They seem to have everything here.  I see those folding umbrellas here for about $3.00 and in the States I’ve never seen them for less than $7.00.  I might get one tomorrow as it would be so nice to have one like that.  I guess this will cost me plenty and I don’t think there is any air service from here so it may be a little time before you get this.  It is quite coldish here but the trees are green etc. not near freezing.  Well, I guess that this is enough for now.  When we get to Port Said I’ll write again.  Will be there over night, I guess.  That is four days from here.  We left England a week ago today and have traveled 2,000 and some miles.  Well, bye for now. 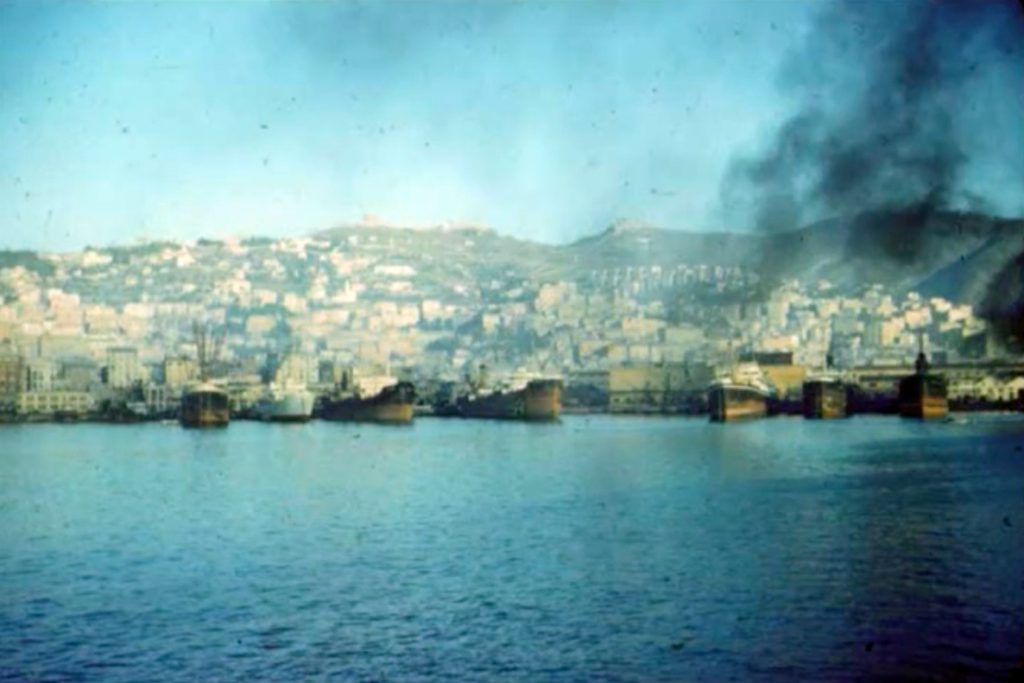 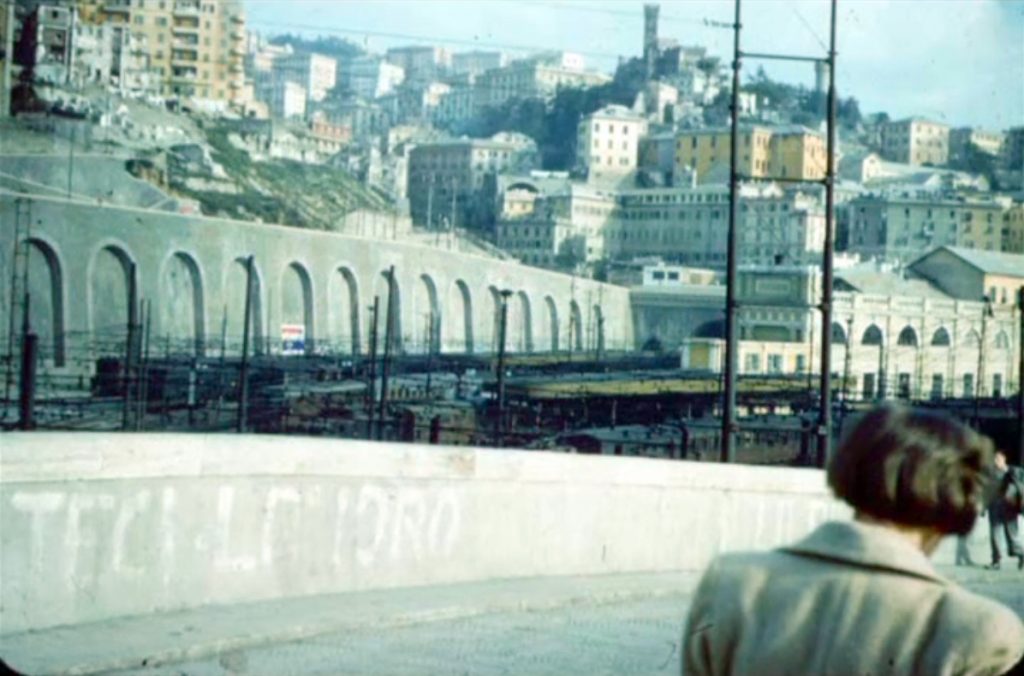 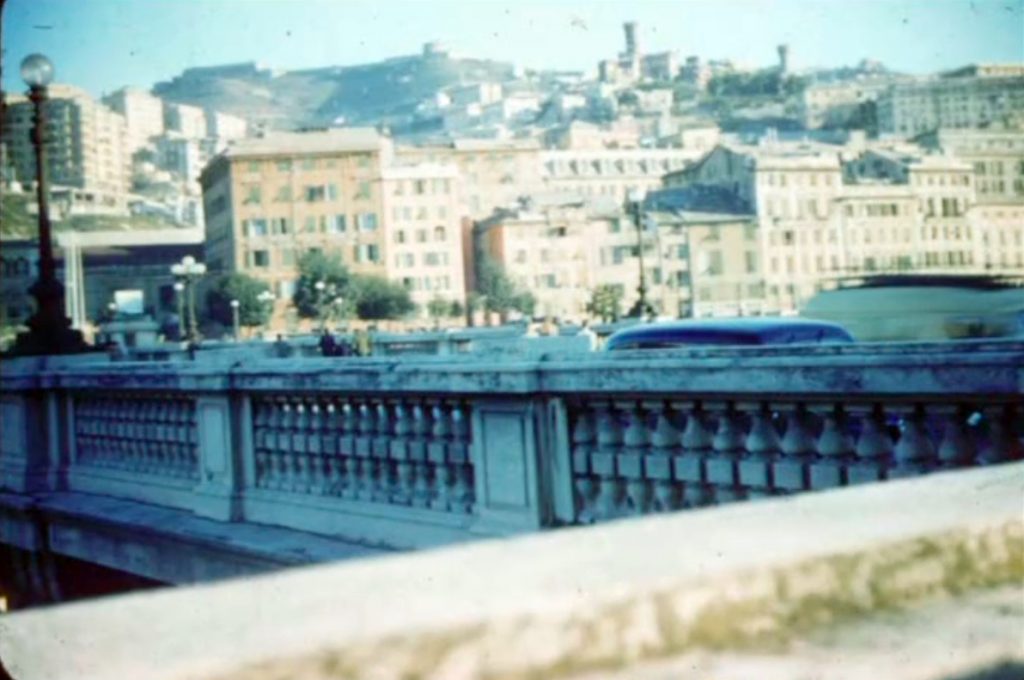